The observations are for Knapdale and surrounding areas. All records are at capture resolution, either map recorded observations, or 10 figure GPS generated grid references.

To monitor the activities and behaviour of the released individuals: to account for individuals; to ensure the health and welfare of the animals; to discover more about their behaviours and how they adapted to their new environment; to record how they interacted with other individuals and other species.

The records were recorded by fully trained staff or volunteers (overseen by staff), highly experienced in beaver monitoring. All camera trap records were reviewed by experts, therefore the data is of a high standard. Data was collated, quality assured and verified monthly by the Trial Data Manager, highly experienced in beaver monitoring. Data has also been validated using the NBN Record Cleaner.

Behavioural observations of individuals, including interactions, were captured during fieldwork by fully trained staff and volunteers during the Scottish Beaver Trial. The fieldwork was undertaken from boat or land and followed a strict protocol agreed with SNH (independent monitoring partner) to ensure data standards and limit disturbance to the animals. Every month, each territory was targetted: focal animals were followed and observations on their behaviour taken every 15 minutes, including interactions with other animals. Where it was difficult/impossible to follow a focal animal, records of incidental animals were taken. Individual identification of animals was only taken where this was certain at the time of observation due to ear tags etc. otherwise animals were recorded as "unknown". Data was recorded on field sheets and maps; this was then transferred to GIS by staff directly involved with the Trial, so any irregularities were immediately corrected.

During the period where new kits would be expected (June-August), lodge counts would be carried out; watching a lodge from a static point (usually land based) at emergence time (dusk) to carry out a census of all animals. These lodge counts were carried out over several weeks.

Observations captured by camera trap are also included. These have all been interpreted by experts, with full knowledge of the animals present during the Scottish Beaver Trial.

All reported sightings of beavers outwith the Trial area were followed up and any subsequent recordings of animals were then included. A complete sweep of watercourses and waterbodies within the Trial area was undertaken every three months to capture records of any animals outwith known locations.

This data is provided "as is" by the Scottish Beaver partners. For any further information on the Trial or further work by Scottish Beavers, please go to http://scottishbeavers.org.uk/ 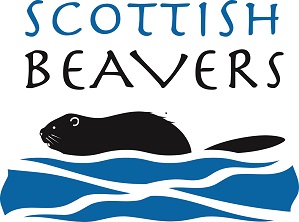