The dataset is derived from the original daily paper logs (held in Manx National Heritage Library and Archives) that record the observations made by the Calf of Man Warden(s) of birds on the Calf of Man during the season Mar/Apr-Sep/Oct/Nov. The Calf of Man is a a rocky islet (616 acres) half a mile off the south-west coast of the Isle of Man in the Irish Sea. In 1962 it became an officially recognised Bird Observatory. The daily logs begin in 1959 (first organised ornithological season on the Calf of Man) up to the current year. A project is underway to transcribe and continue to make available all of the daily logs through the NBN Atlas Isle of Man and NBN Atlas. Where specific grid references are not given a grid reference which is more or less the centre of the Calf of Man has been used.

Daily log data for 2005-2015 was submitted to the British Trust for Ornithology and is already available on NBN Atlas Isle of Man through the dataset: https://registry.nbnatlas.org/public/show/dr528

The dataset is derived from the original daily paper logs held in Manx National Heritage Library and Archives: https://manxnationalheritage.im/collections/library-and-archives/ The daily logs also informed the creation of the annual Calf of Man Bird Observatory Report which are digitally available at https://www.imuseum.im/newspapers/.

Calf of Man, Isle of Man

Records collected by the Wardens of the Calf of Man Bird Observatory.

Data originally created by professional wardens and have been checked as part of this project by an experienced ornithologist.

Looking up... the number of records that can be accessed through the NBN Atlas. This resource was last checked for updated data on 08 Sep 2020. The most recent data was published on 08 Sep 2020. 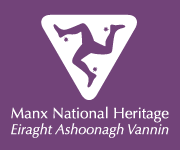