Species specific data on the four main riparian Invasive Non-native plant species in Lanarkshire - Japanese Knotweed, Giant Hogweed, Himalayan Balsam and Rhododendron ponticum. Data collected during a commissioned survey on tributaries of the Clyde and Avon Rivers in autumn 2012 and collated from LBAP partnership members since 2006.

The main driver behind collation and collection of this data is to enable a straegic and sensible management programme to be developed through the Lanarkshire LBAP partnerships for all 4 INNS species. Several partners have been collcting distribution data for several years and this needed to be brought together and then augmented by some commissioned survey work.

Data shoud not be considered as having comprehensive geographical coverage, as many areas remain unsurveyed. The dataset has been checked using the NBN record Cleaner and as a result some erroneous grid references have been corrected.

All records are direct observations from experiences plant surveyors through specific species survey (Clyde River Foundation INNS surveys and river monitoring, SEPA INNS surveys etc), regular survey and monitoring patterns as part of core business (Council ranger staff, CSFT site surveys) or participation in targeted volunteer surveys (Hamilton Natural History Society and names individuals). All partners were provided with a standard recording 'form' to ensure consistent data submission for use in a GIS. During the 2012 commissioned survey, the aim was to identify the upstream maximum extent of the INNS distribution and was undertaken using a 'bridge hopping' methods devised by the South Lanarkshire LBAP partnership. It involved surveying upstream and downstream the rivers from road or footpath bridges using binoculars to see as far as possible, and working the way upstream from bridge to bridge. This method was used during late summer and autumn when the plants were at their peak growth and or flowering so they could easily be spotted.

Looking up... the number of records that can be accessed through the NBN Atlas. This resource was last checked for updated data on 17 Sep 2018. The most recent data was published on 17 Sep 2018. 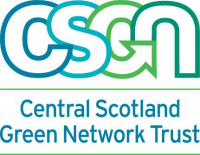