The data were validated against known vice-county distributions of the species, and (for critical species) by expert examination of specimens. Unusual occurrences were also flagged up to recorders on compilation of the data.

Almost all data were captured electronically by the recorders themselves. See the Atlas of Bryophytes (2014), vol. 1, pp. 2-11 for more historical detail.

Whilst this dataset is available at its full resolution as it is held on the NBN, the spatial resolution of the records of a small number of 'sensitive' species was coarsened on the creation of this NBN dataset. This applies to occurrences of Paludella squarrosa, Leiocolea rutheana and Meesia triquetra in Ireland.

Looking up... the number of records that can be accessed through the NBN Atlas. This resource was last checked for updated data on 30 Nov 2018. The most recent data was published on 30 Nov 2018.

Click to view records for the Bryophyte data for Great Britain and Ireland from the British Bryological Society held by BRC: data compiled post-Atlas resource. 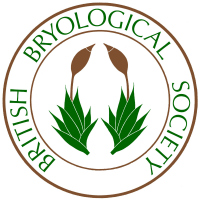